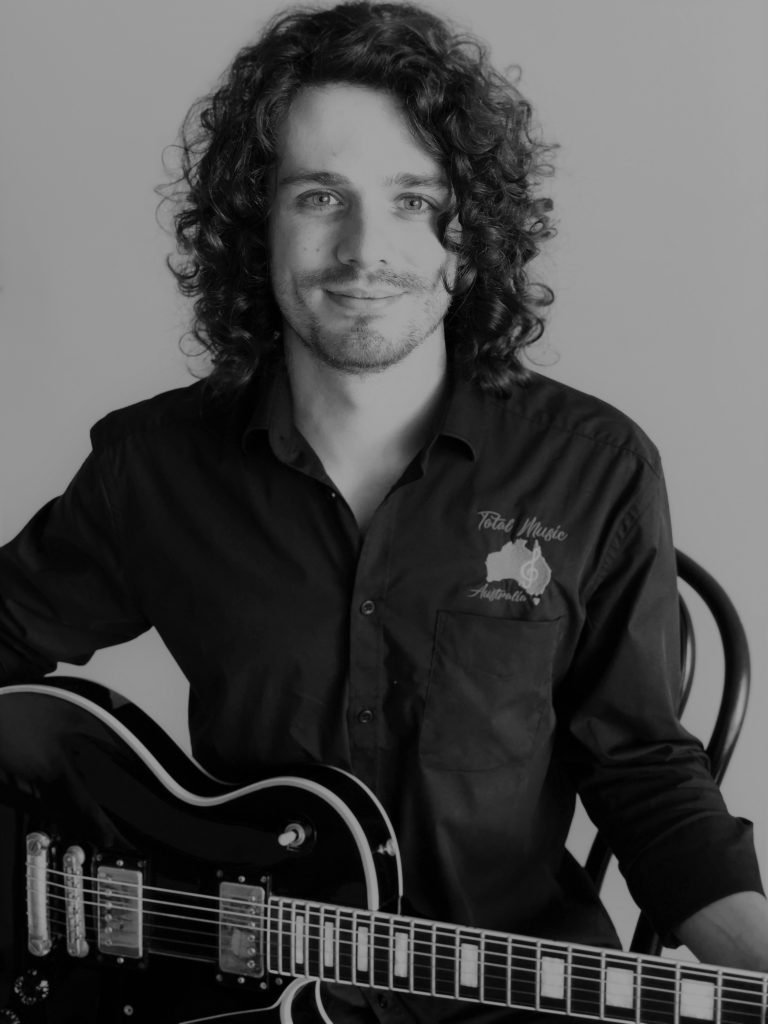 Do you live in Melbourne and want to learn guitar and musical mastery through TMA?

Originally from Adelaide but now based in Melbourne, Jack has been performing live and in the studio for 16 years.  His journey has included touring nationally and internationally with his own bands, sharing the stage with artists such as Living Colour, Ugly Kid Joe and Russell Morris. Jack has also written and recorded music, including a full-length album produced by Bob Daisley (Ozzy Osbourne, Rainbow).

At the age of 15 Jack won a television competition (by submitting a video of his guitar skills) to meet and play with Jon Lord (Deep Purple), the Zep Boys (internationally renowned Led Zeppelin tribute) and the Adelaide Symphony Orchestra. Now, 13 years later, he is currently performing across Australia as the guitarist with the Zep Boys.

Everybody learns in a different way and Jack has a passion for finding the right approach for the individual student.  With over 12 years of experience teaching students of all ages, Jack has the skills and knowledge required to ensure you succeed in achieving your musical goals whether they be aspirations of becoming a professional musician, a hobbyist, or anywhere in between.

Jack has taught a wide range of genres including rock, metal, blues, folk and pop. As a student himself, he found it a challenge to find a tutor that was competent in teaching niche subjects such as improvisation, slide guitar and finger picking. Because of this, he has set out to be that well rounded teacher who is capable of delivering these aspects to his students

As with all the TMA team, Jack is fully compliant with all Child Safety certifications. He is also one of a very small number of professional educators around the globe who hold the highly rigorous and prestigious UK Level 6 Rockschool London Teaching Licentiate.

If you would like to book a free trial lesson with Jack, don’t delay. Get in touch as you will not regret it.